I applied to participate in a Mod Podge campaign with the Blueprint Social last month, and ever since I found out I got the campaign I’ve been anxiously awaiting my box of goodies from Plaid Crafts. Every day for the past week I’ve been seeing photos of the box surface as more and more bloggers received their box. After seeing a few more photos yesterday, and pouting, because let’s be honest–it’s not fun when you see everyone else getting their box and you haven’t gotten your box yet, I began editing photos and that’s when the doorbell rang! I knew it had to be my box. Although, earlier in the week I had two box fake-outs at my door with equally awesome contents inside–it just wasn’t my Mod Podge box. I ran to the door and saw a glorious box sitting on my porch! I brought it in the house and the first thing I did was pull out our point and shoot camera and put it on a tripod. I knew I wanted to make a “haul” video to share everything with my readers. This was my first glance at the box. I hope you enjoy my reactions and excuse my excessive use of  “cool, amazing, awesome, exciting”. You never really know how much you repeat words until you hear yourself on video!

Of course, I knew that my night would consist of cleaning up my ever so messy craft room, because Mr. Woodsy’s first words to me was “Where are you going to store all of that new product?” So after dinner, I did just that. I even took before and after pictures which Mr. W did not want me to share on the blog. But I reminded him I like to keep it real, and I know my friends in real life appreciate me showing my messy cluttered craft room because it reminds them that I am human and normal too! Apparently, all of my friends don’t think that messy is in existence in our house. It is not–except for my coveted craft room where creativity meets chaos!

So after 2 hours of cleaning just the area you see above (nothing around it, people). I finally made a new home for all the new Mod Podge products. 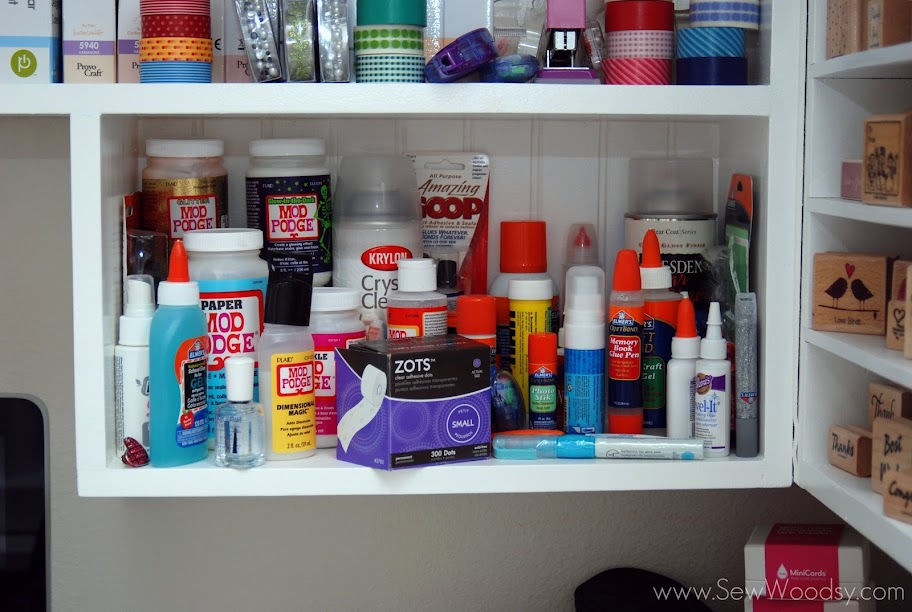 This is where my Mod Podge use to be… with all my other glue/adhesive products. Shoved in a corner with no respect. 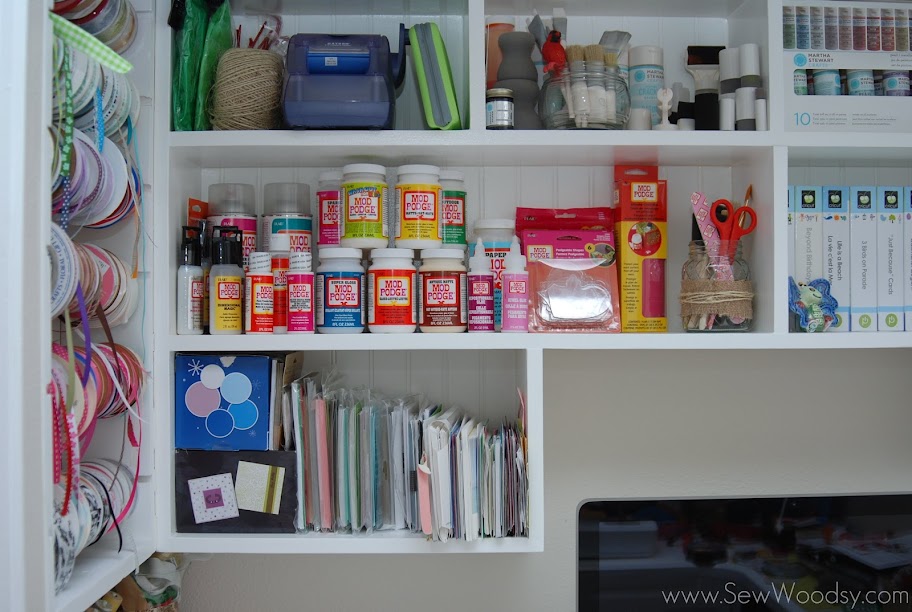 Now, my Mod Podge has its own dedicated shelf! 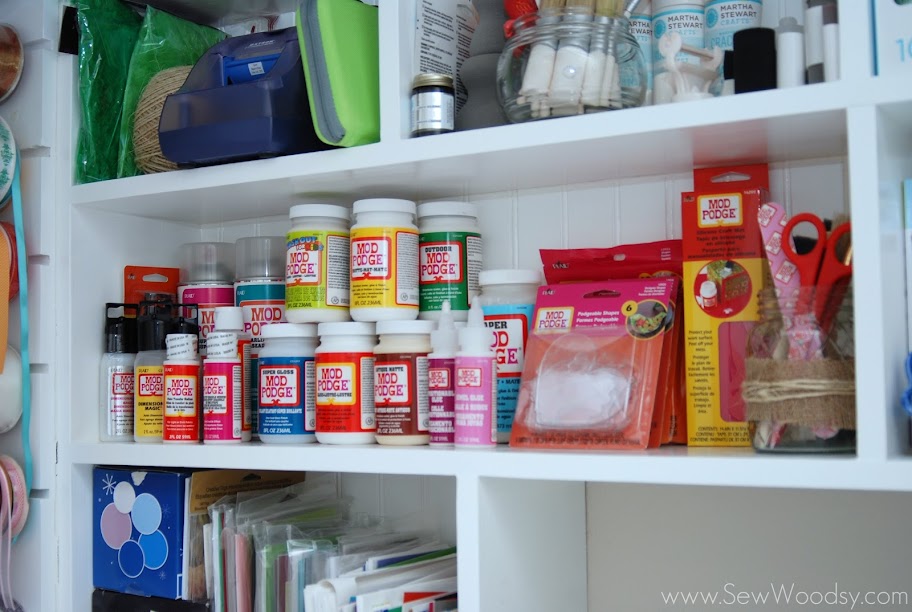 I can easily see all my Mod Podge products! 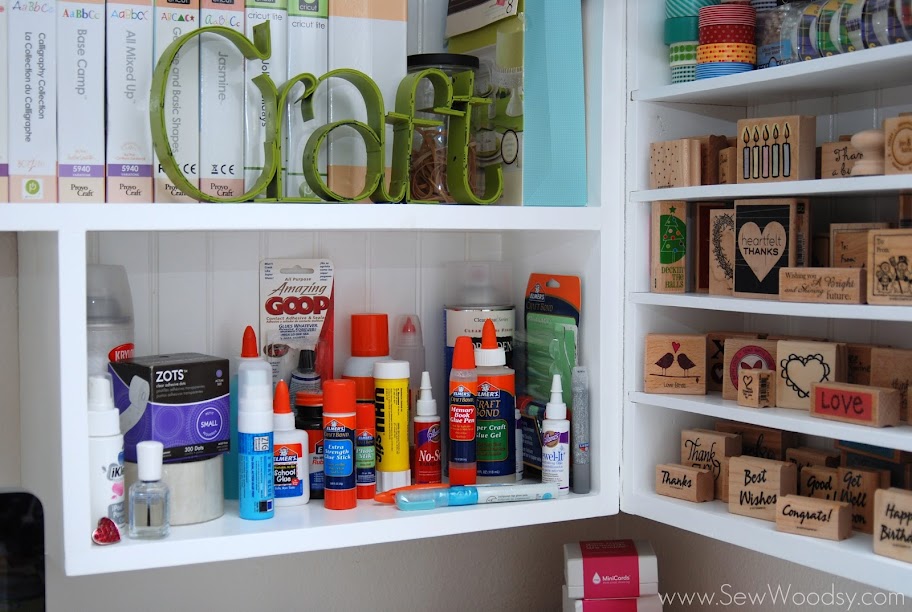 And my glues can breathe (until I get more glue), and I can actually see what I’m working with!

Dislcaimer: I received all of the Mod Podge products from Plaid Crafts on behalf of the BluePrint Social for free. Opinions are always my own.