A few years back when I first started blogging I shared how I did a mouse pad makeover. Well, fast forward 2.5 years later and 539 blog post later and I am in need of making over my mousepad once again! Since everyone knows by now I have a love for all things Washi Tape I had to make over a mouse pad using my beloved and favorite crafting supply! This project took me a little under an hour to create and has left a lasting impression on my desk in my craft room! 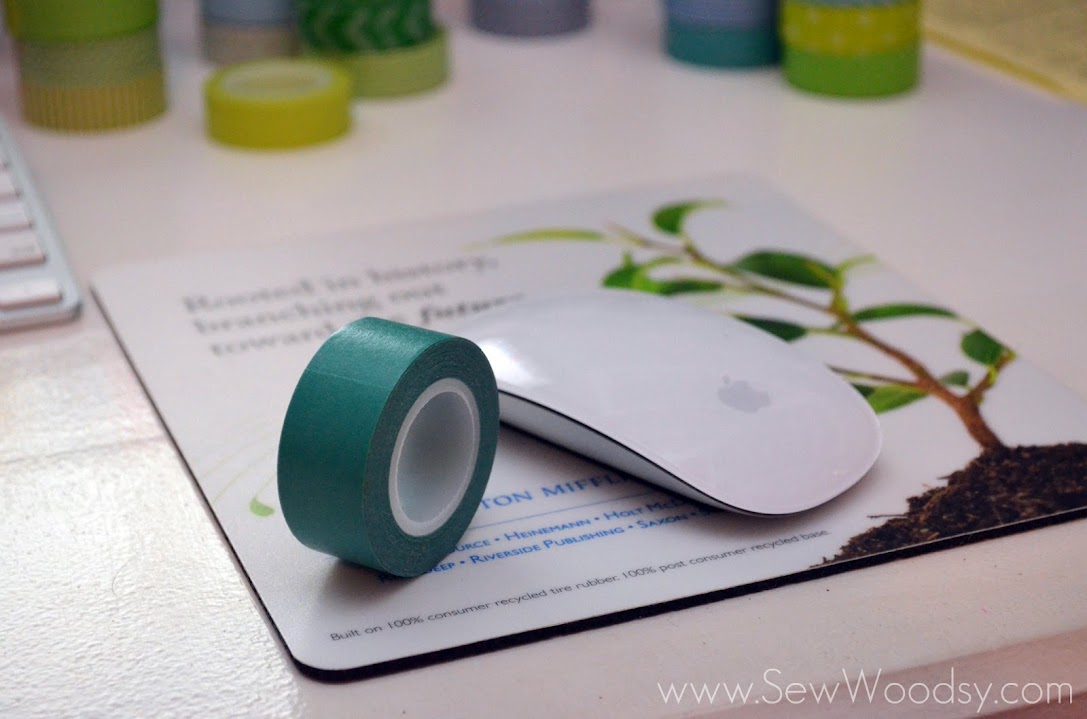 Choose a base (solid) roll of washi tape to use for the mouse pad. 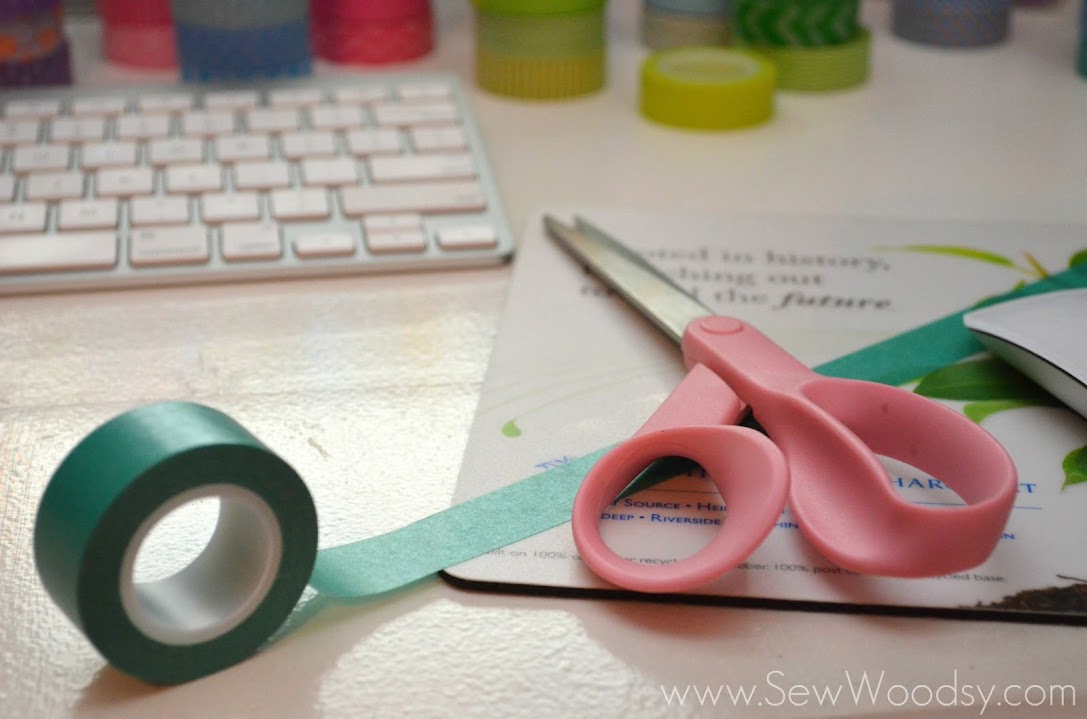 At a diagonal begin adhering the tape to the mouse pad. 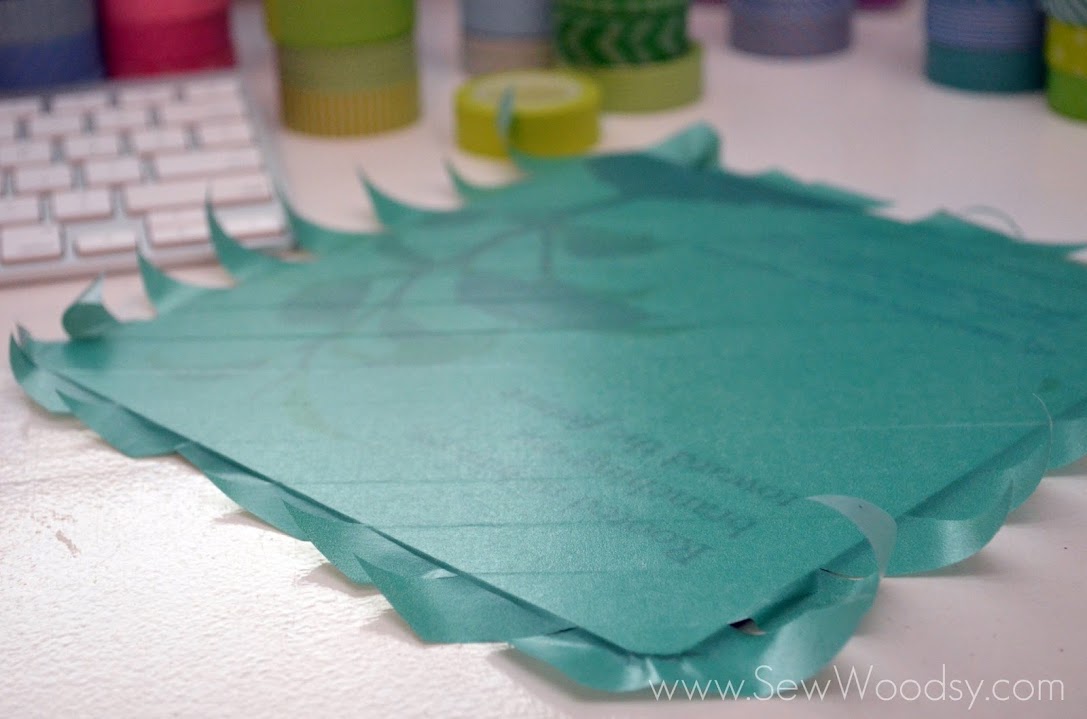 This is what the entire mouse pad should like after its first layer of tape! 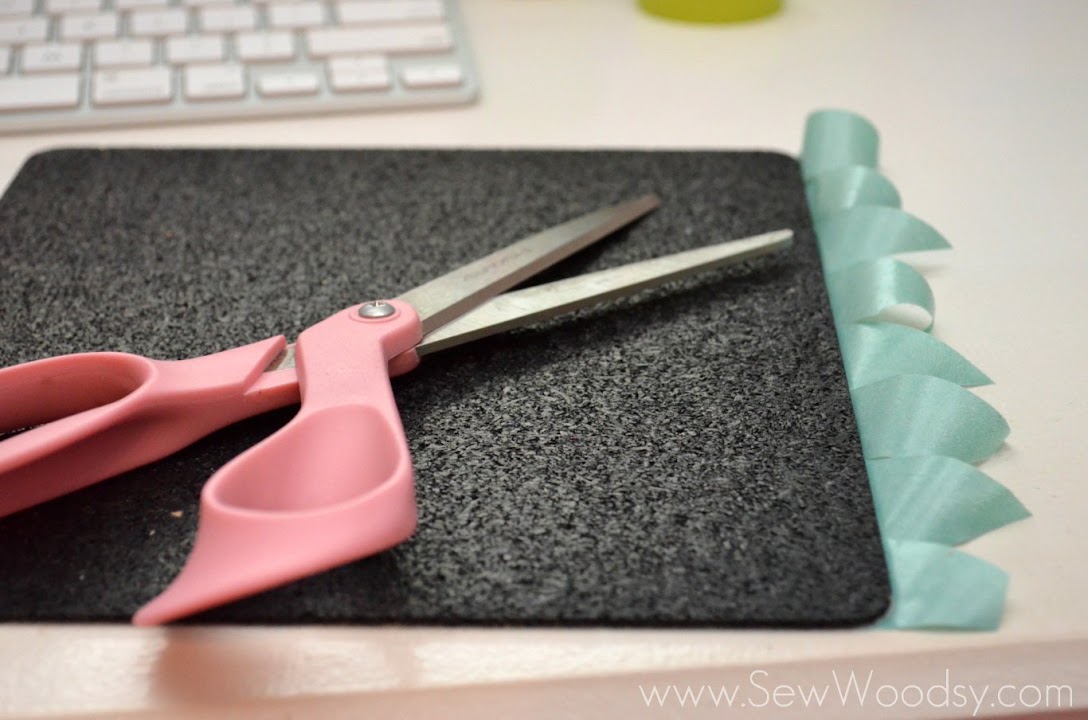 Using scissors begin to carefully cut around the edge of the mouse pad removing all excess washi tape. 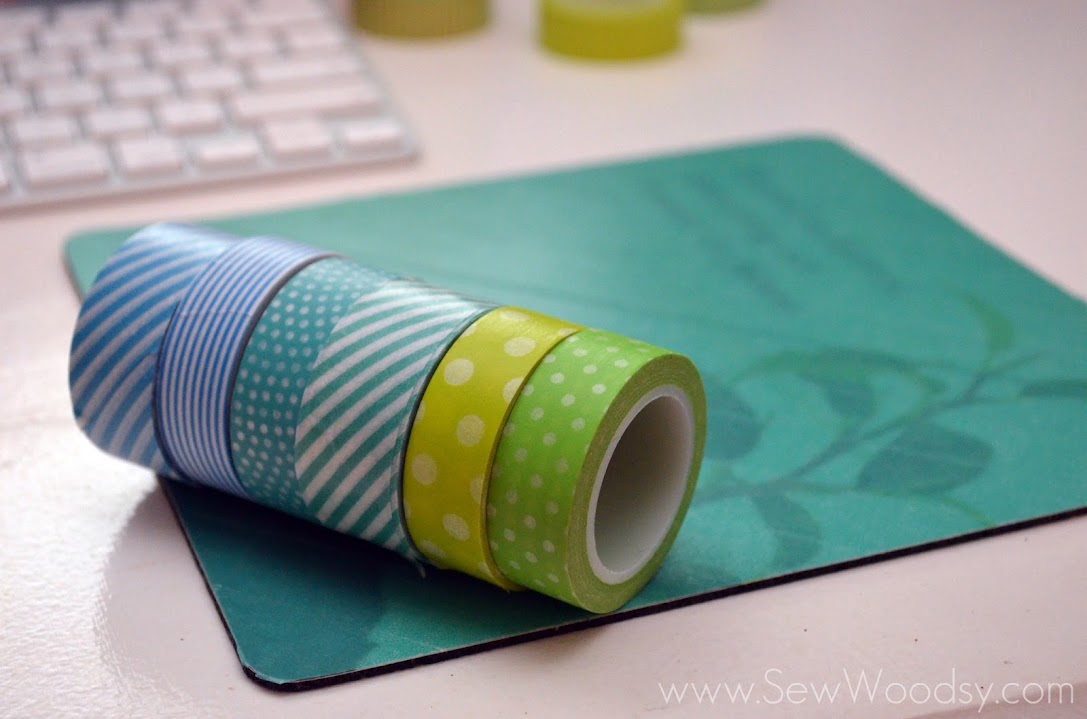 Next, choose the washi tape patterns you like and chose your pattern. 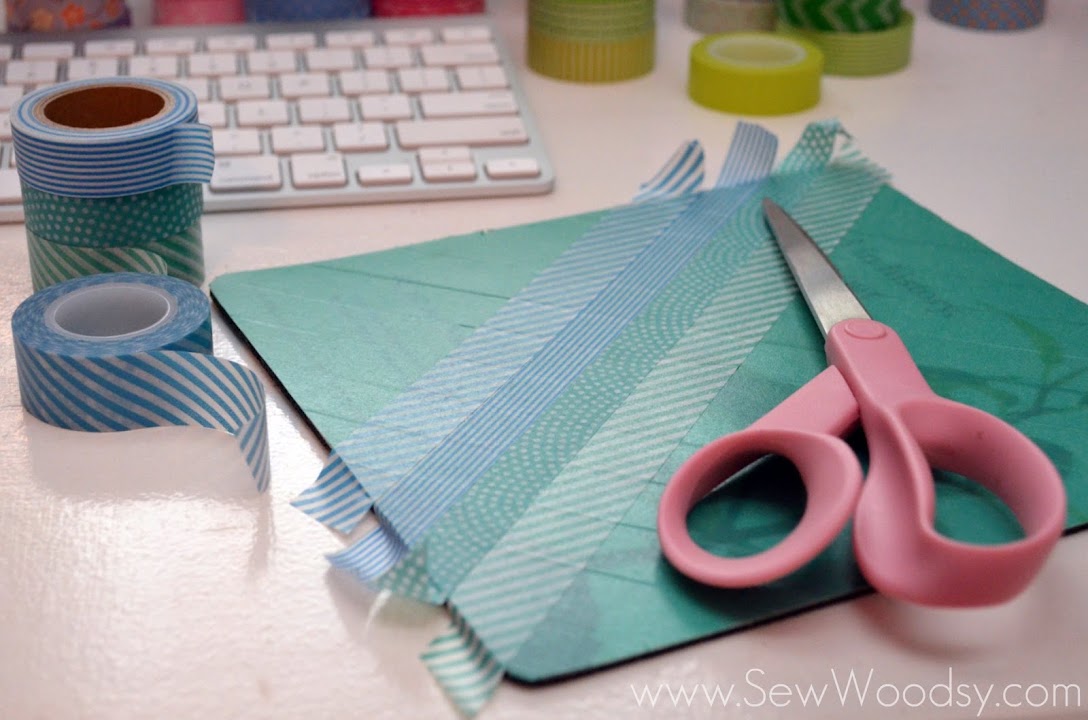 Carefully, begin to adhere the washi tape on to the mousepad. *You’ll notice I did the pattern opposite of what the first row of tape was placed. 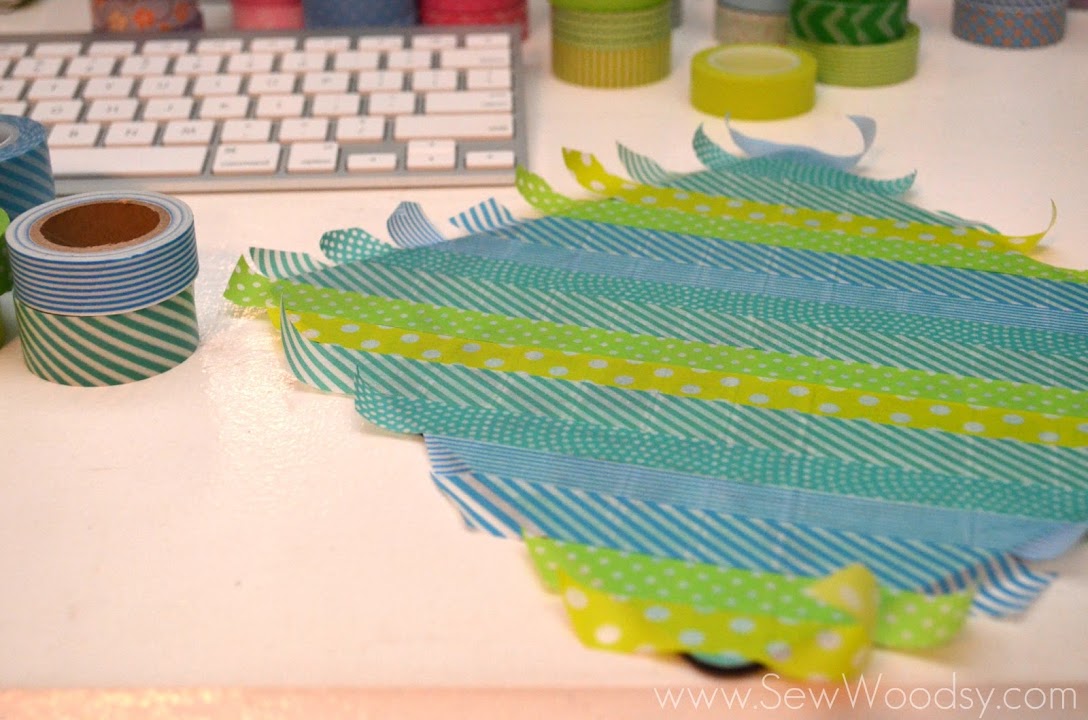 This is what it looked like after I was done. 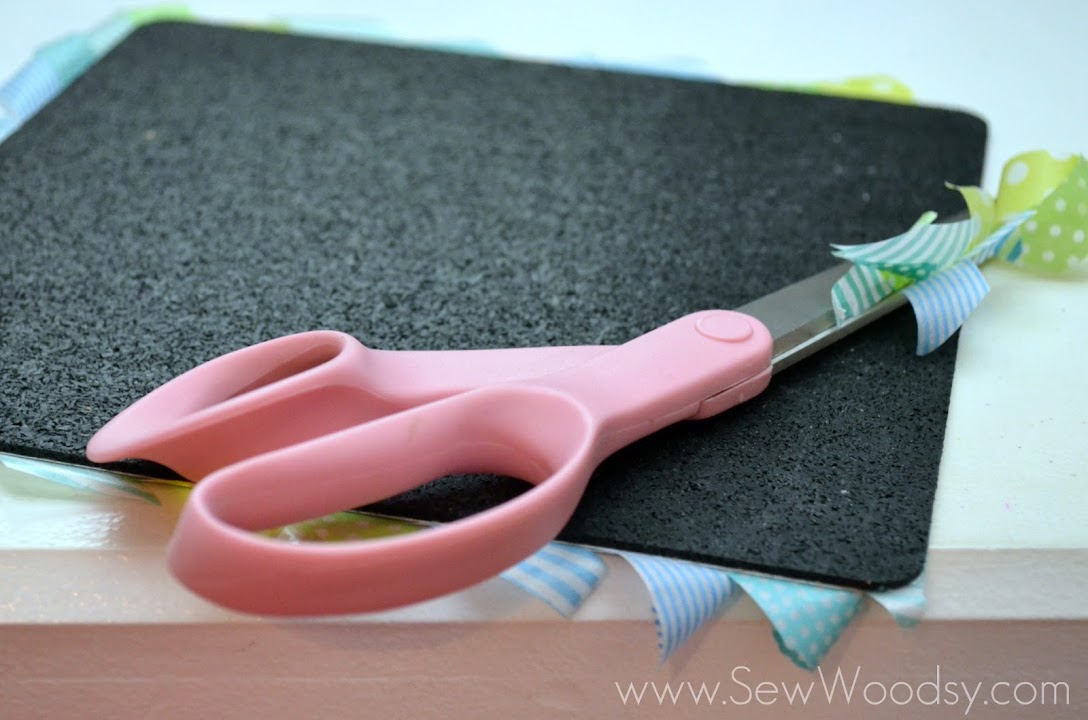 Once again I cut around the edge of the mouse pad to remove the excess tape. 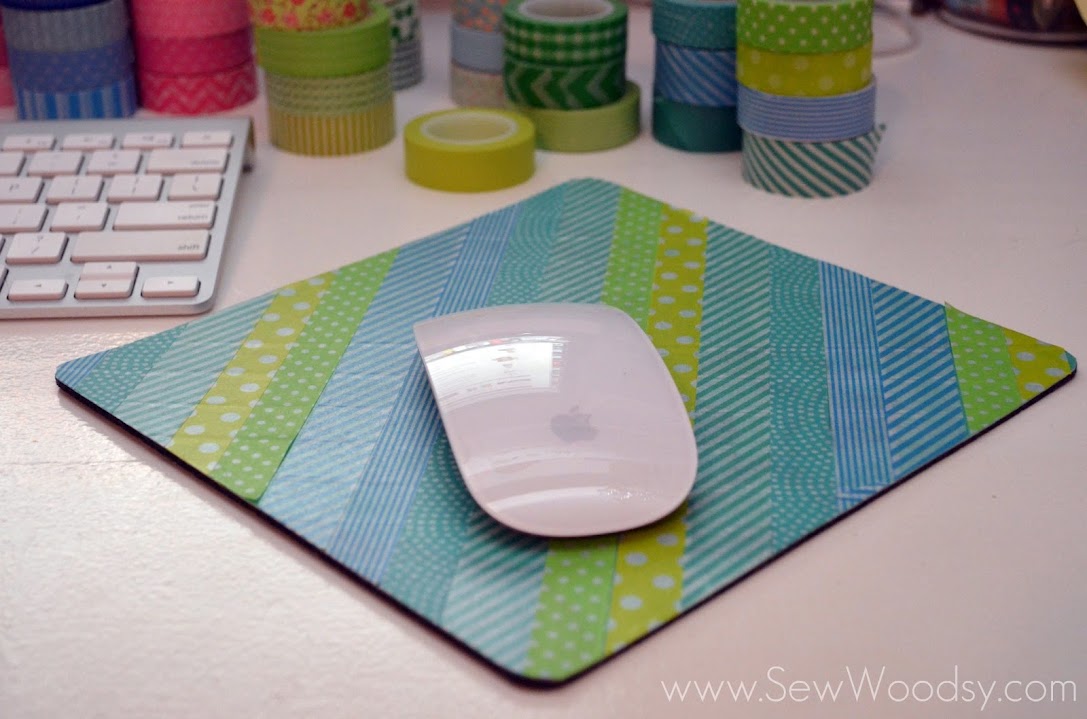 At that point I thought I was finished. That was until I realized that the tae was starting to pull up. 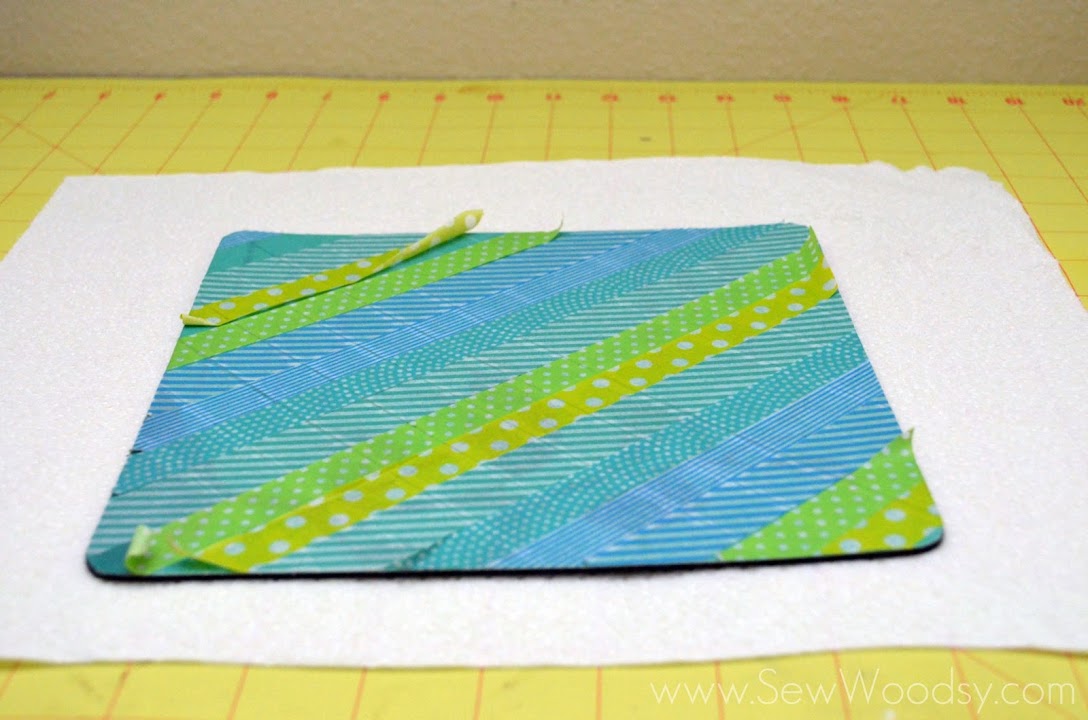 Fast forward one-week later and I realized my genius idea was not going to work out. So, that’s when I decided it was time to call in reinforcement! 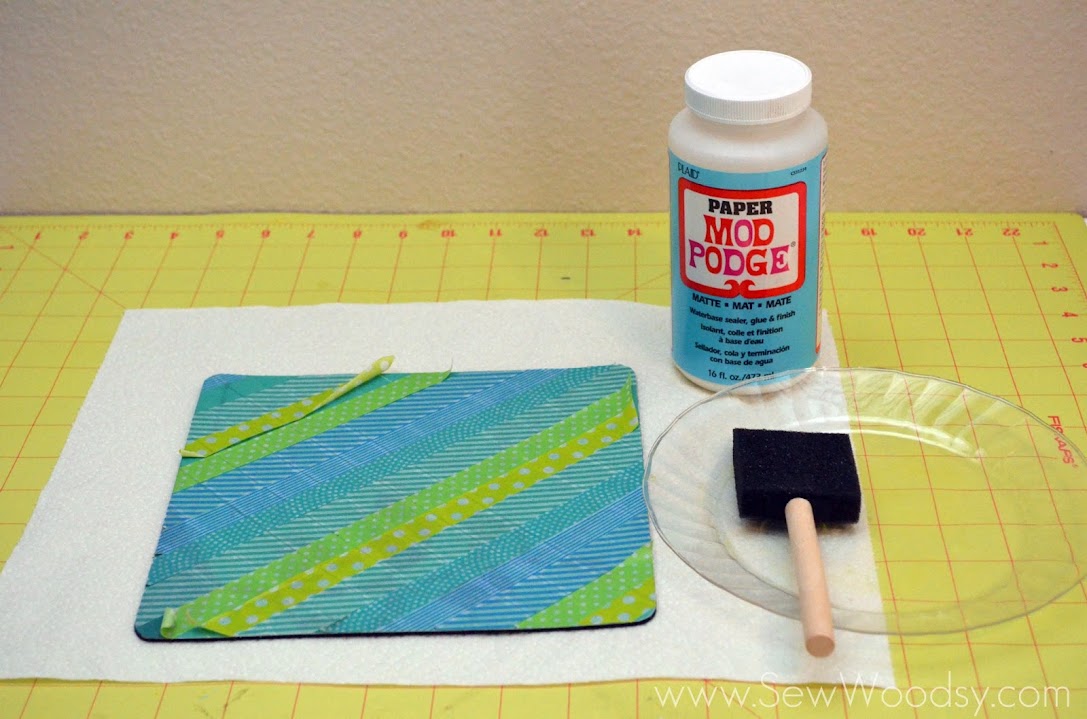 I gathered up Paper Mod Podge and a foam brush applicator. 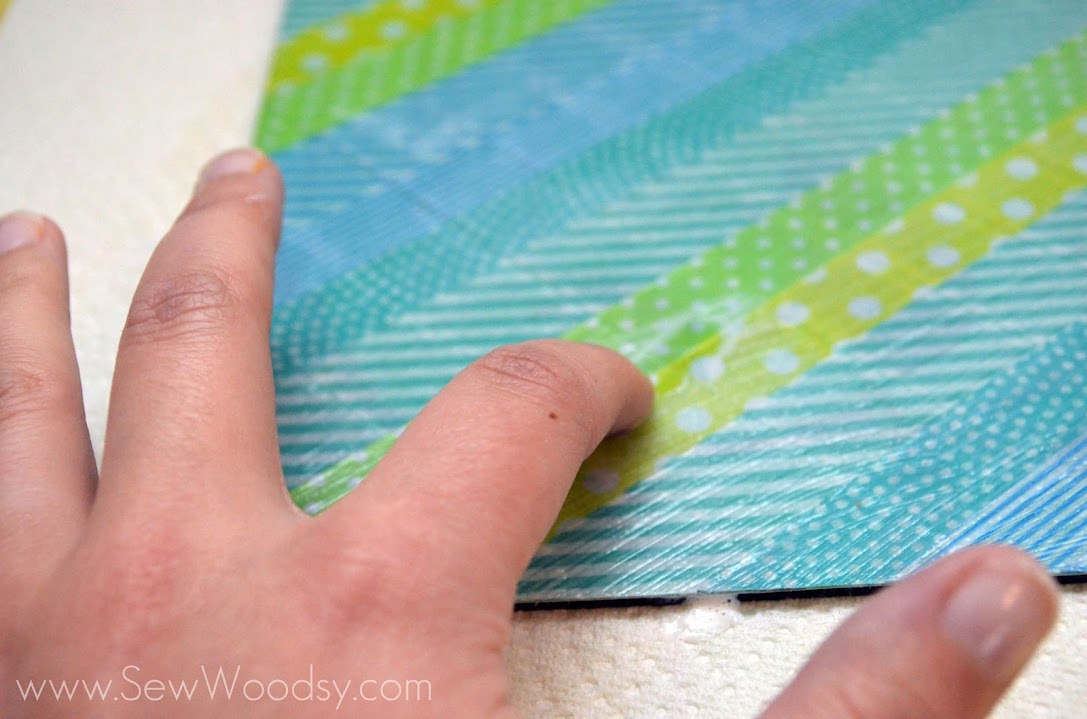 I placed some Mod Podge under the tape that was starting to come un-done. I gently pressed it down. 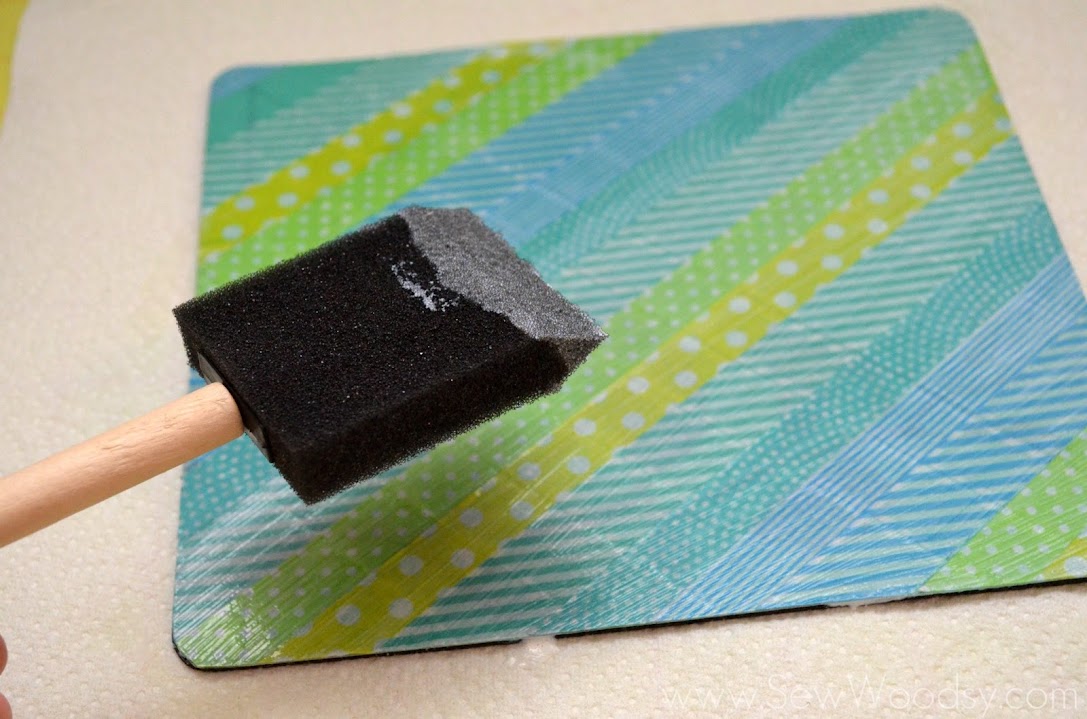 Apply 2-3 layers of Paper Mod Podge to the top of the mouse pad. Make sure to get the edges. Dry 15-20 minutes in between each layer. 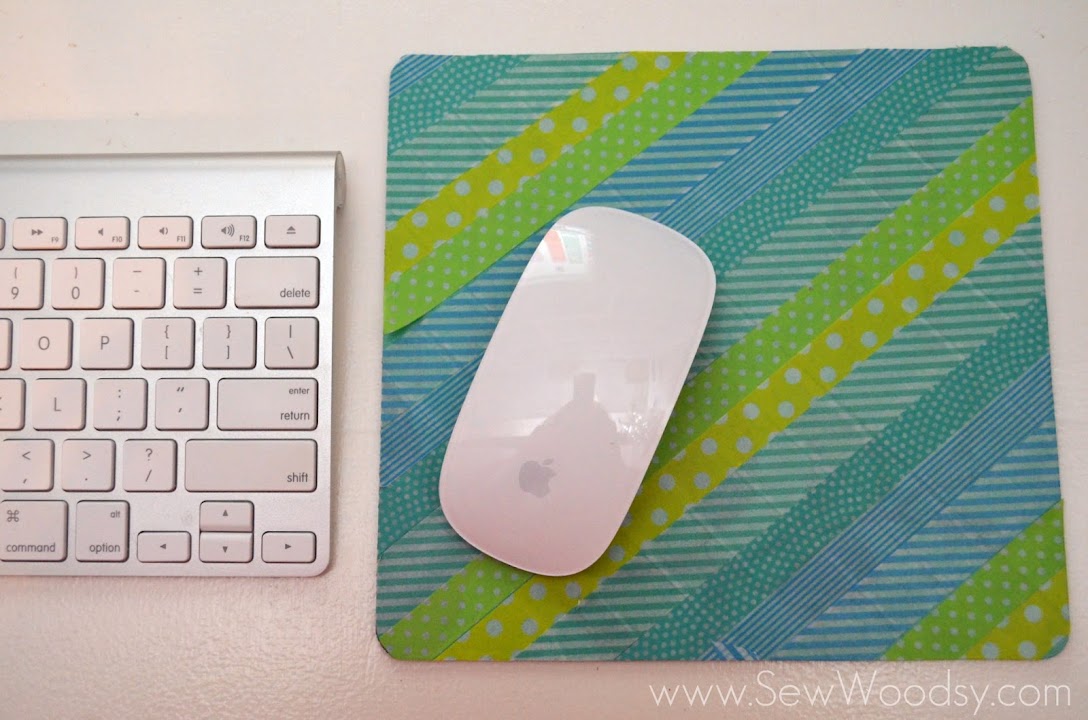 And their you have it… a beautiful washi tape mouse pad–great for revamping an old mouse pad and making it new again!