I’ve vowed to share photos from our European vacation weekly until the end of the year. Today, I’m excited to share stories and a few photos from Monaco. Our cruise ship docked in Monaco, and while I’ve heard its beautiful I’m ashamed to admit that I wasn’t all too excited for this port. I’m glad that I gave myself low expectations because it was mind blowing beautiful!

For those who aren’t familiar with Monaco it is a sovereign city state, located on the French Riviera in Western Europe.

Monaco [wiki | official website] is the second smallest country on Earth (it’s roughly the size of New York’s Central Park), yet it’s the most densely populated (23,660 people per km²). Actually, Monaco used to be much smaller than it is now – about 100 acres were reclaimed from the sea and added to its land size. At the narrowest, Monaco is only 382 yards wide!

Monaco is an extremely wealthy country. While we were touring around the country, our tour guide told us about a new apartment building being built that won’t be done until 2014. Turns out the New York Times did an article on it a few days after we got back. Get this… a one bedroom apartment on the 20th floor will only set you back $7 million dollars! SAY WHAT?!?! Wouldn’t it be nice if those richy-riches would take that $7 million and go feed all the starving children in the world? Help rebuild a village? Something, other than basking in a one bedroom apartment. 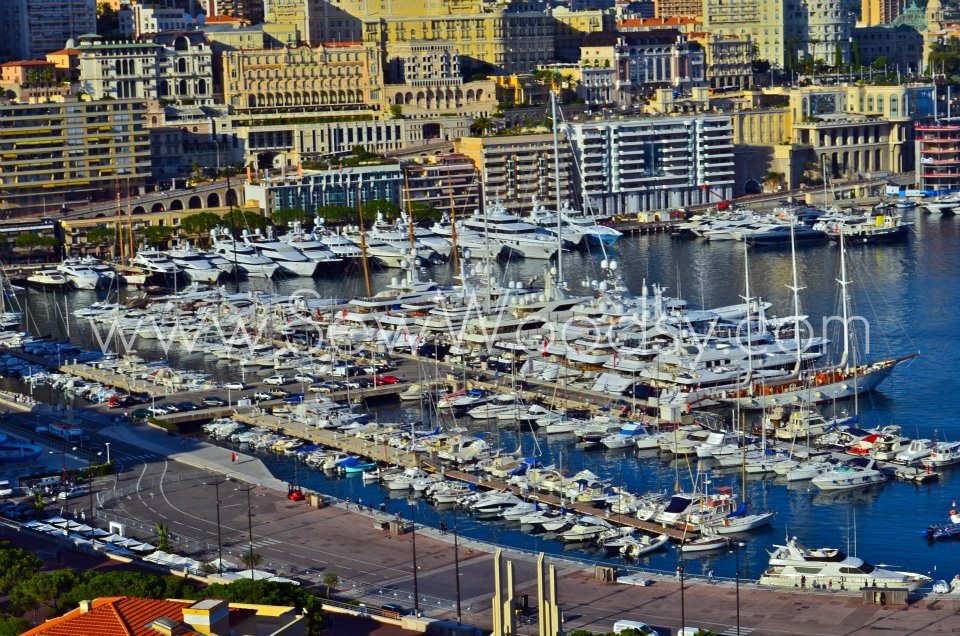 I digress… We never got to walk around the marina. We just drove around it. Mr. Woodsy loved looking at all the gorgeous yachts and boats of all sizes. He also loved spotting all the high-end cars that you only see in movies. He saw Lamborghini’s with matte style paint jobs, the new Audi R8, and his favorite sight of the day…a McLaren. He was in car and boat heaven! 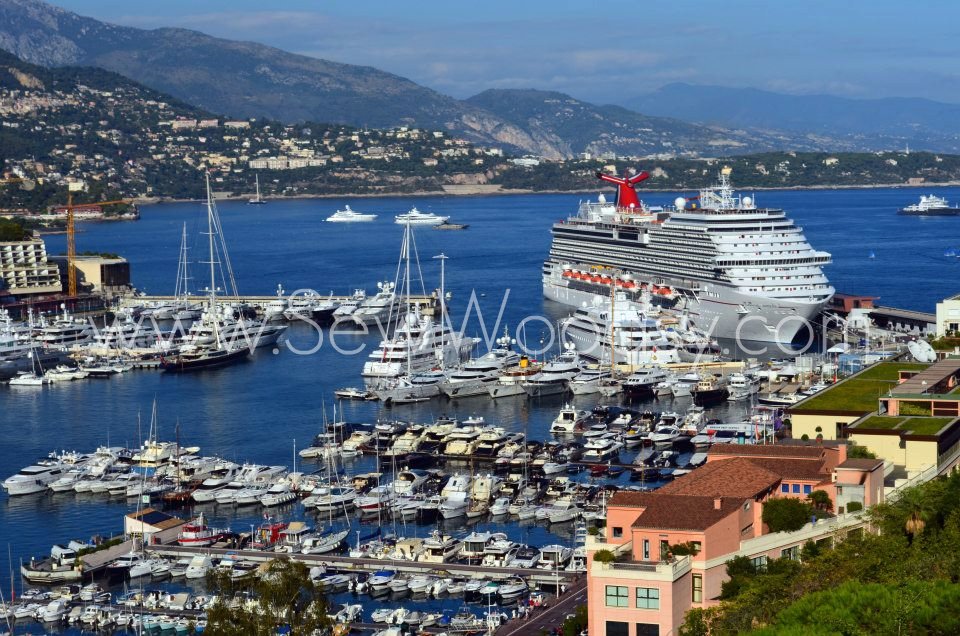 I took this photo from the top of the Prince’s Palace of Monaco. I always love to get a stunning photo of our cruise ship in its surroundings. You see that massive yacht right next to ours (where the ds is in our watermark). That is the King of Saudi Arabia’s yacht… but apparently its one of his least nicest yachts!!??! Must be nice to have that much money to have multiple yachts!

After touring around the gorgeous Marina with breathtaking views it was time to make one last stop near the Monte Carlo Casino and Prince’s Palace of Monaco. We only drove by the Monte Carlo Casino because 1. they charge each guest just to enter the casino 2. you have to be dressed up to go in the casino. So driving passed the casino was fine by me! We did stop and walk around the outside area of the Prince’s Palace of Monaco. That is where I took the breath taking views of the marina and our cruise ship! 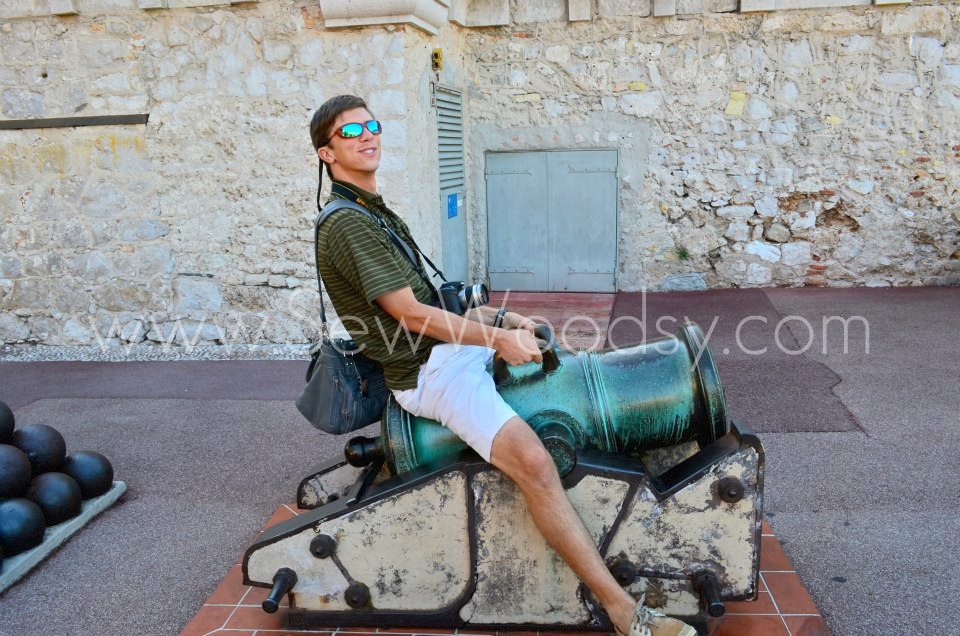 I’ll leave you with this photo of Mr. Woodsy because he thinks he is a funny man and has to make the funnies wherever he goes! This was taken on the outside of the Prince’s Palace of Monaco.

Next week, I’ll share photos and stories from Eze, France! I promise I’ll have more stories to tell and even more beautiful photos allowing you to take a virtual vacation!