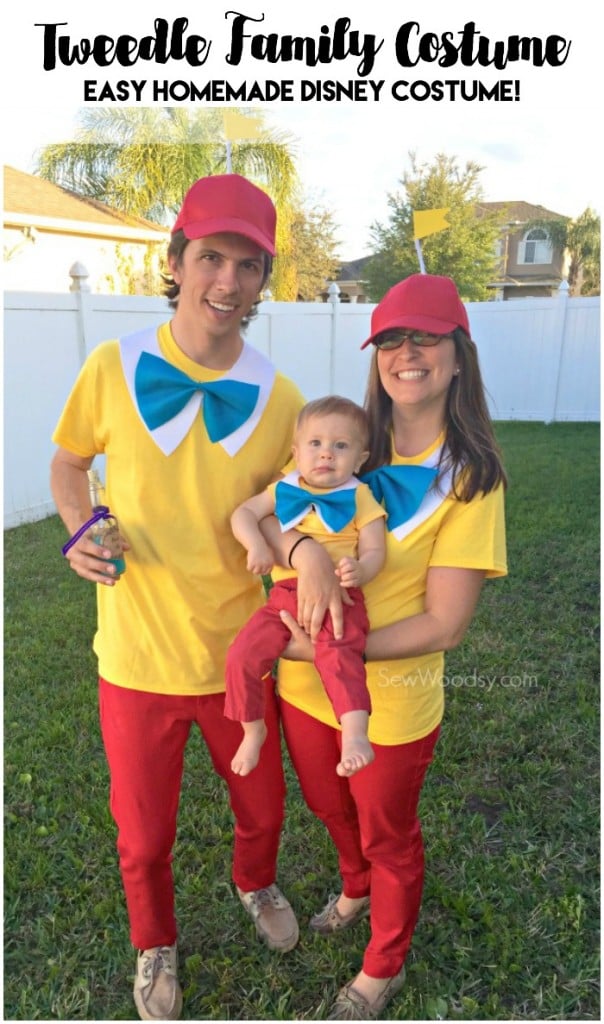 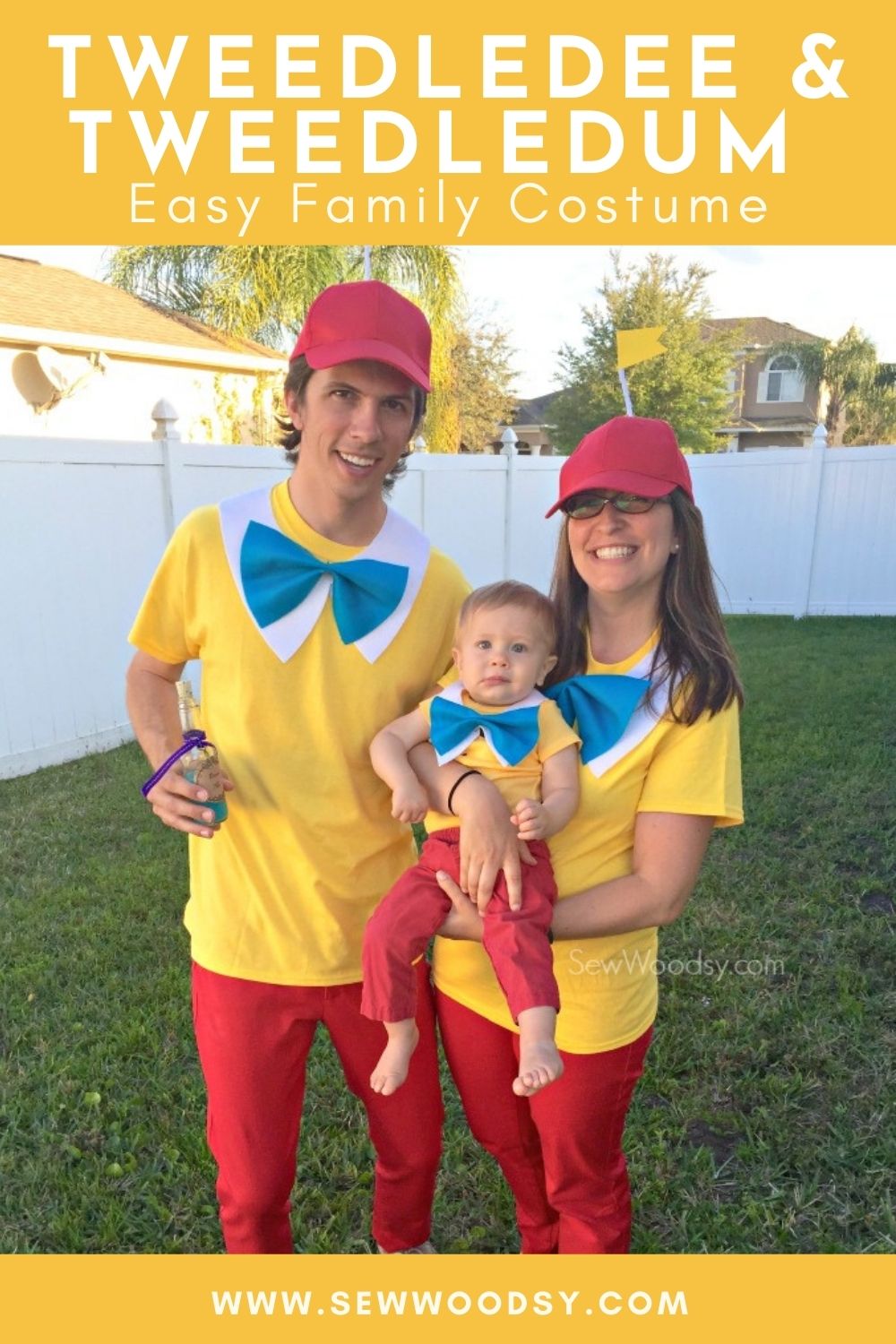 Learn how to make Tweedledee and Tweedledum costumes perfect for a family costume. I give Step-by-step costume instructions that will have you Halloween ready in no time!

Earlier this year, we were invited to our friend’s surprise Alice & Wonderland themed 30th Birthday party! We weren’t sure what to do, but we knew we needed to dress up. That’s when the idea of this Easy Tweedle Family Costume came to mind. I found red pants for us at Old Navy (yes, Jon is wearing women’s pants) and then I ran over to Michael’s Craft Store to pick up the yellow shirts, red hats, felt and pipe cleaners. The day of the party we got to work and made the collar, bow tie, and hats. We did it all during a nap time–super easy!

How to make a Tweedle Dee/Dum Hat

First up, we made the hat. I found a double sided flag in Cricut Design Space. I cut two of them out using a heavy yellow card stock. I ran it through my Xyron sticker maker, placed a white pipe cleaner in the middle and closed the flag together. Then we wrapped the bottom of the pipe cleaner around the top of the hat. Just as pictured above. This step, maybe took 10 minutes if that.

How to Make a Felt Collar

Next up, Jon worked on the collar. Instead of wasting felt, we opted to make the collar using card stock and then trace it on the felt. We knew that we were going to fasten the collar in the front with our bow tie, so that’s why there is the little piece in the middle.

I filed the felt in half then began tracing the template that Jon created. Then, using sewing shears I began to cut out the collars. We did a scaled down version for the baby version!

How to make a Felt Bow Tie

Lastly, it was time to make a felt bow tie. Super simple to do.

We wore the red pants and yellow shirts out to the party. Once we arrived that’s when we added our collars and bow ties and wore the hats. We waited to put Ryder’s on until the big “surprise” was made. Ryder happened to have a yellow onesie and red pants, so we just scaled down his version. For those who are interested we just attached the back of the bow tie with a safety pin and pinned it through the two pieces of white collar. That’s it.

Ryder was just 11 months old in this photo. He was only crawling around… so cute and tiny!

They had the cutest themed drinks at the party. That’s what Jon was holding in his hand.

If you’re looking for a quick and stylish family costume definitely give my Easy Tweedle Family Costume a try. You’ll have it done from start to finish in 30 minutes!

Here are two other Disney related costumes that I would love to share with you.

If you make this craft, I would be honored and love for you to take the time to leave a star rating and comment! I spend hours developing and testing these projects, and always love to hear feedback and user experience!